On this page you can find videos, pictures and a brief summary about the very successful 1st Annual Biosimilars Forum in Budapest from the previous year hosted by Acclesiors Ltd.

The 1st Annual Biosimilars Forum was hosted in Budapest, on October, 2016 by Accelesiors Ltd., clinicians, statisticians and regulatory representatives gathered together from around the world to share with each other their perspectives on this hot topic of research in lectures and informal discussions.

Please watch this short video with the key lecturers and the organizers of the forum summarizing their thoughts about the topic and sharing their experiences of this two days forum as an insight into the spirit of active brainstorming during the event.

We had a successful and professionally fruitful event together in the last year.
Join us at Budapest on 5-6 of October, 2017 to continue this tradition together!

Please watch these short video interviews with the key lecturers of the 1st Annual Biosimolars Forum:

Account of experiences about the 1st Annual Biosimilars Forum 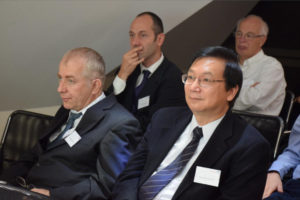 The very successful 1st Annual Biosimilars Forum was hosted in Budapest on October of the last year by Acclesiors CRO with participation of international scientific experts such as Shein-Chung Chow (Professor of Duke University School of Medicine), Prof Dr. László Endrényi (Professor Emeritus of University of Toronto), and clinicians, statisticians and regulatory representatives gathered together from around the world to share with each other their perspectives on this hot topic of research in lectures and informal discussions.

Shein-Chung Chow (Professor, Department of Biostatistics and Bioinformatics, Duke University School of Medicine; Special Government Employee and statistical consultant of the US FDA; Editor-in-Chief of three journals including the Journal of Biopharmaceutical Statistics, Drug Designing, and the Journal of Biosimilars), invited guest lecturer gave a thorough overview of the topic on the first day, touching the design and analysis of biosimilar studies, providing an overview of current FDA regulatory requirements for assessing biosimilarity of biosimilar products and giving a detailed description of the fundamental differences and assumptions between the chemical generic products and follow-on biologics. ”I think the development of biosimilars is heading for a great future” – he pointed out, illustrated by the increase in spending and sales in the industry and giving some insight into the history and current situation of submissions in the field. Johanna Mielke (Biostatistician, Novartis Pharma AG) provided a bigger picture through a systematic review of authorised biosimilars in the European Union. ”Biosimilars are essentially cheaper than the original drugs” – said Prof. Dr. László Endrényi (Professor Emeritus, University of Toronto; Former President of Canadian Society for Pharmaceutical Scientists), key lecturer of the event, thus it is not only a business opportunity for developers to put them on the market, they also foster having sustainable health care systems and are ultimately of the interest of patients.

However, as biosimilars emerge as a rapidly growing segment, there are challenges to overcome and questions to answer. Challenges begin with manufacturing: as compared to small-molecule generic products, in the case of biosimilars ”it is much more difficult to imitate the original product” – continues Prof. Dr. László Endrényi, which in fact has an effect on sale prices: ”Whereas a generic product can be 50-70% cheaper than the brand name drug, in the case of biosimilars the difference would be perhaps 20-30%. But that is still a lot, because biological drugs are very-very expensive”. The speciality of manufacturing biosimilars is also reflected in the fact that „right now there is a major concern that the EU and US licenced reference products are not really similar in some cases”, adds Shein-Chung Chow, which can undermine intentions to prove biosimilarity of a drug simultaneously to both references.

This latter issue raises the question of harmonization between regulatory requirements of the EMA, FDA and beyond, however it appears that there is room to improve on currently existing non-global legislation as well. Commenting on the currently existing EMA guidelines, Ildikó Aradi, Head of Clinical Development of Biologics at Gedeon Richter Plc. noted that ”the European Agency has a pioneering role in biosimilar development and they are taking some next steps”, as several further guidances are under development, further commenting that „the guidances that we have now are good and they are flexible”. This implies that „there is still some lack in some areas where there could be more guidance”, as Stephan Lehr (Biostatistician, Austrian Medicines and Medical Devices Agency) adds. Prof. Dr. László Endrényi had some concerns regarding the United States legislation and beginned with a comparison: „ The pathways are very-very different in the European Union and the United States. In Europe they go almost product by product and there are some guidelines for each product class. In the United States they try to have a big encompassing legislation which covers everything – and it cannot.” In his lecture, he pointed out that having limited authority, central regulators (EMA and US) do not always take responsibility over issues, such is the case with interchangeability which leads to de-centralised solutions. There was a consensus amongst participants of the event that globally harmonized guidelines would be desirable and events attaining international attention like this are bringing us closer to achieving it. 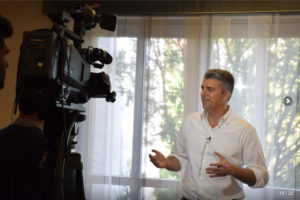 Stephan Lehr touched in his presentation methodological issues discussed with authorities in the planning stage and gave some insights into assessment from a regulatory point of view. Andrea Laslop (Unit Head, Austrian Medicines and Medical Devices Agency) gave a presentation about the concept of ’totality of evidence’ adjusted for biosimilars, and discussed how to avoid pitfalls in the step-wise approach at the quality, non-clinical and clinical levels to develop evidence of biosimilarity. Establishing biosimilarity on the quality attributes level was further discussed by Martin Wolfsegger (Associate Director, Shire). Vid Stanulovic (Consultant, Clinical Development and Pharmacovigilance) discussed in his presentation which specialties of biosimilars have to be considered when it comes to demonstrating similarity of clinical safety.

The forum provided the opportunity for lecturers to share their own concepts with the audience, including Shein-Chung Chow, who recognised that approaches used for generics are not entirely appropriate in case of biosimilars: he presented his proposed criteria for biosimilarity and a biosimilarity index developed by him and collegues. László Endrényi presented a proposal for a new criterion for interchangeability (SCDI), similar to the scaled average bioequivalence (SABE) approach. Júlia Singer (Chief Scientific Officer, Accelsiors Ltd) went into highlighting that the application of imputation methods has to be aligned with the purpose of a trial and as such specific considerations have to be taken into account in case of biosimilars.

Having a successful and professionally fruitful event, at its end the organizers expressed their intention to continue the series next year, as Júlia Singer concluded on behalf of organizers: ”it fits into our past, presence and future as well”.

Join us at Budapest on 5-6 of October, 2017 to continue this tradition together!

Join us at Budapest on 5-6 of October, 2017 to continue this tradition together!